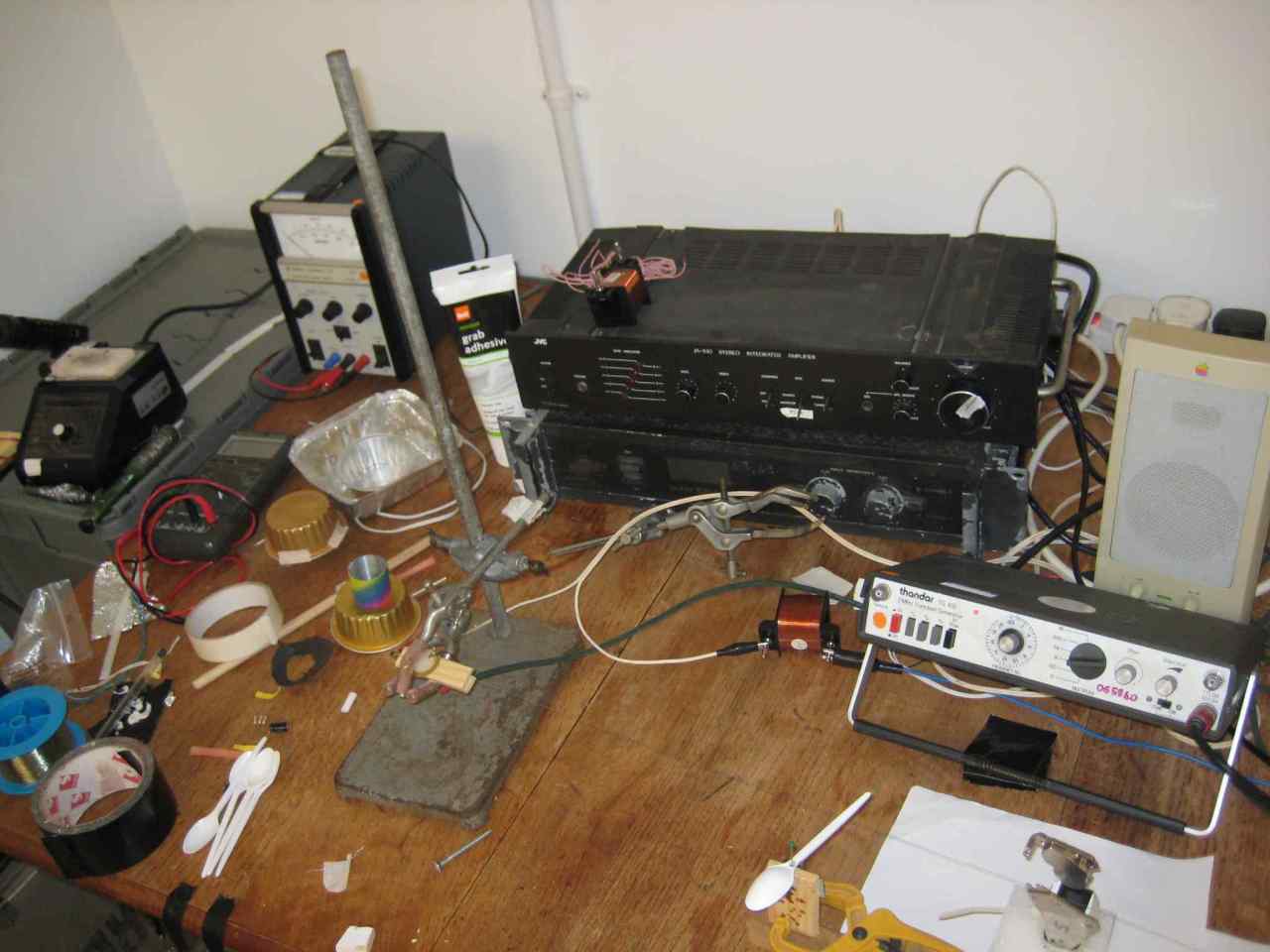 This Lab Book page has documentation of experiments and studio / lab based processes and ideas that have either informed or could go on to inform future projects.

This film shows an experiment using an electro magnet driven by an oscillator to cause a loose steel guitar string to jump around and rhythmically strike a tin cup. The more chaotic mechanical nature of the loose guitar string and tin cup changes the uniform nature of the electronic signal from the oscillator that is driving the electro-magnet.  During the film the frequency of the oscillator is altered resulting in a change of rhythm and timbre of the sound.

The electro magnetic dulcimer is an experiment that could develop into a musical instrument or some sort of interactive noise machine. The principle is that if you put a steel guitar string accross a magnetic field and send an electrical signal down it, it vibrates. This is dipping a toe into Alvin Lucier’s “music on a thin wire” territory and the eBow. In this film, mechanical preparations are also added to the string to create extra timbral and harmonic activity.

The first film uses a ping pong ball  and the second one, a thin wire and a plastic spoon handle as mechanical preperations on the wire.